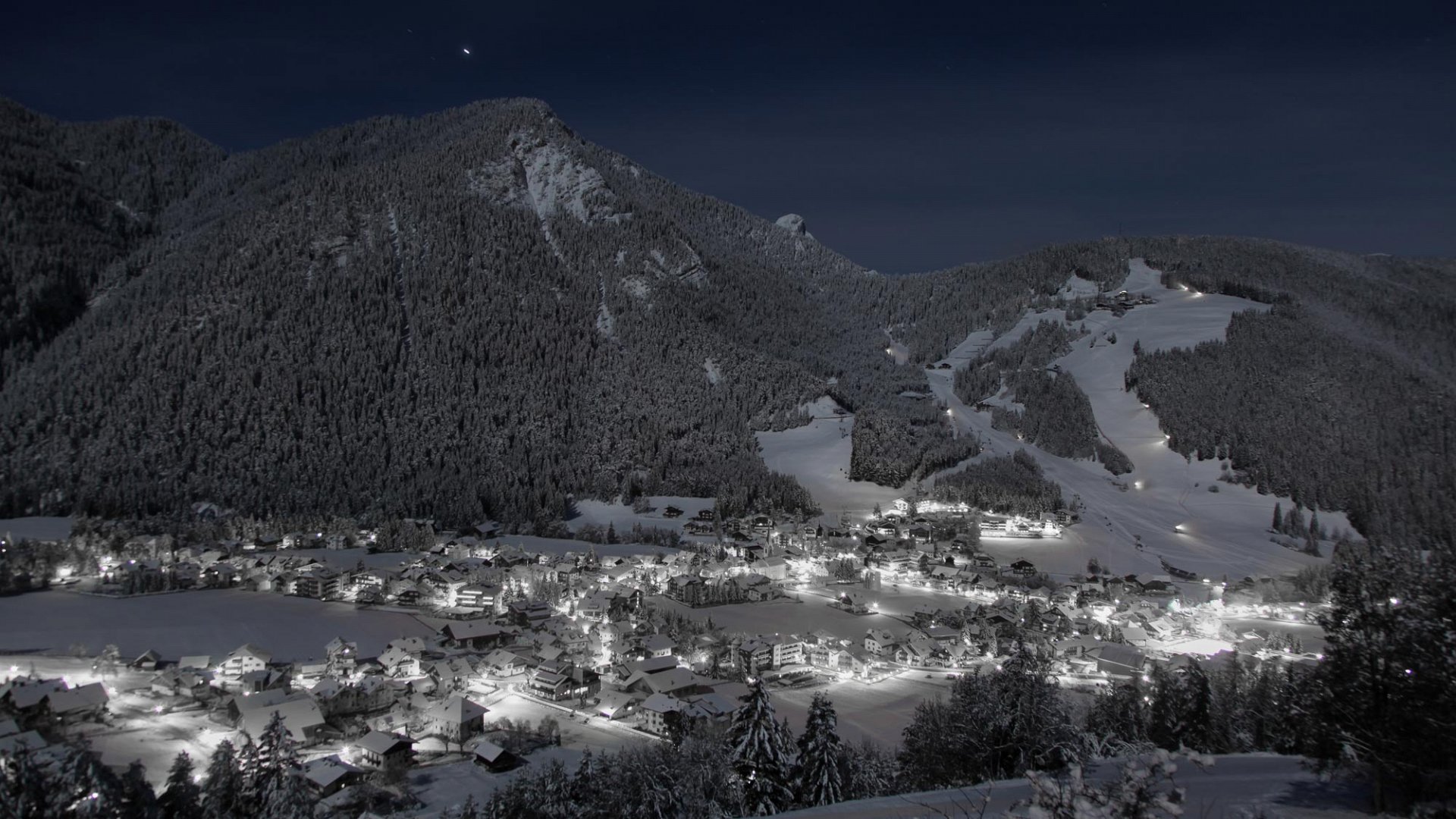 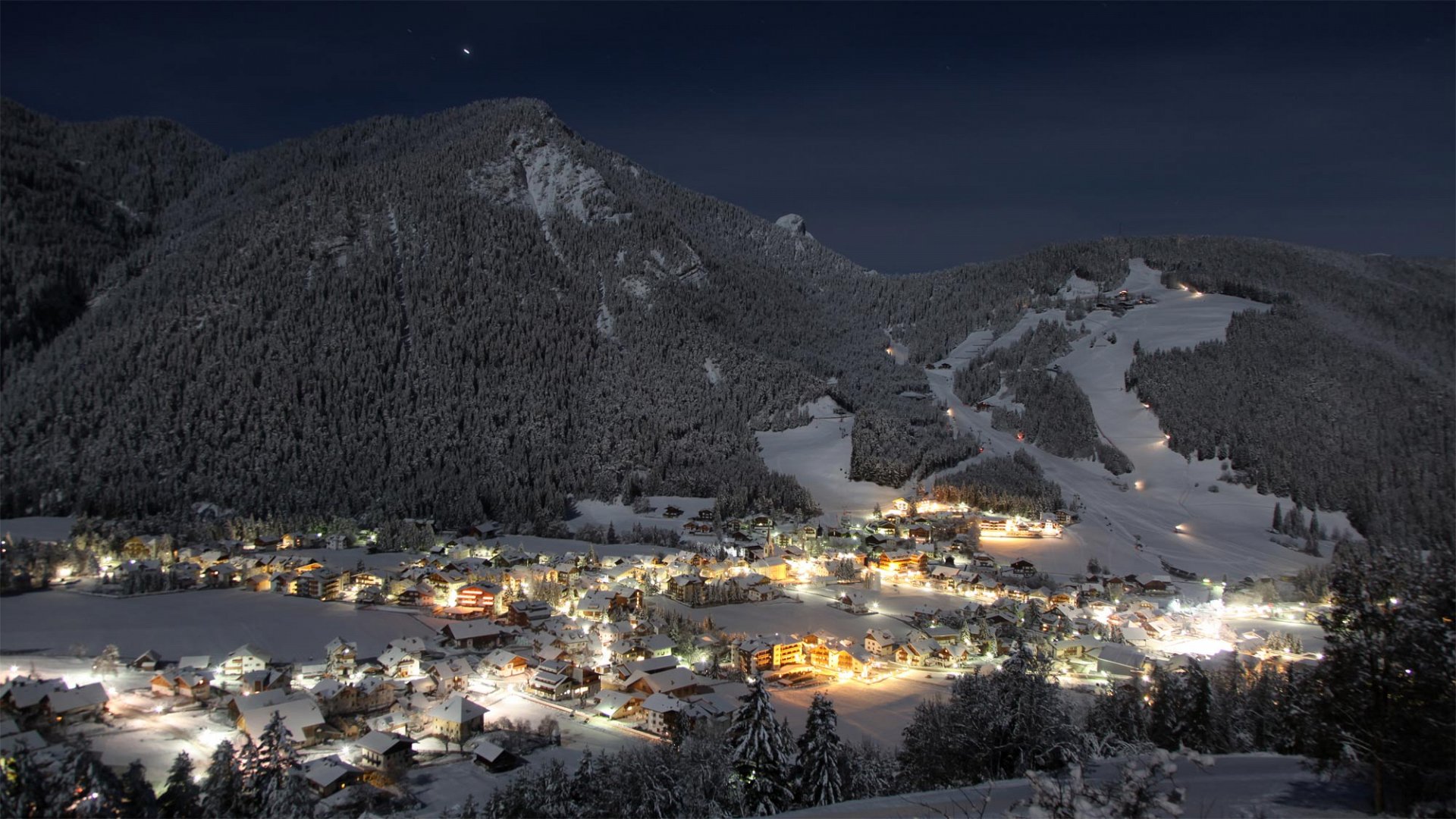 Apartments ROSALPINA**** in San Vigilio di Marebbe - Dolomites new and comfortable apartments in the center of the village, only a few meters from the slopes of the Kronplatz, the most modern ski-area of South Tyrol in the Dolomites. find out more

Residence Runcac*** in the heart of the Dolomites The traditional style of the building makes our Residence a comfortable accommodation, surrounded by meadows and with an impressive view on the Dolomites. find out more
Apartments
& Residence - San Vigilio
di Marebbe
Dolomites

Active holidays in the Dolomites, in contact with nature

A stay in our structures, Apartments ROSALPINA**** or Residence RUNCAC*** will immerse you in an area of unspoilt nature. San Vigilio di Marebbe in fact forms an integral part of the Fanes-Senes-Braies Natural Park, which covers an area of 25,453 hectares and contains the municipalities of Marebbe, Badia, Braies, Dobbiaco, La Valle and Valdaora. A UNESCO World Heritage site since 2009, the Fanes-Sennes-Prags Park is considered one of the most fascinating of the Alpine range and is characterised by an enormous variety of wildlife, and lakes of extraordinary beauty, such as Lake Braies and Lake Dobbiaco.

The park is inhabited by other animals, including roes, deer, chamois, ibex, eagles and marmots and presents a rich selection of fauna and beautiful flora. There are, for example, dense forests, gentle mountain meadows and the unusual Alpine meadows. Arnica and gentian are just two of the species which can be admired in all their beauty.
A true spectacle for fantastic recollections and unforgettable moments in the peaks.

The Fanes-Senes-Braies Natural park can be visited both in the summer and the winter. In the winter, the refuges can also be reached by snow cat as well as on foot.

The Visitors' Centre  Fanes-Senes-Braies Natural Park is located at the end of the town, in San Vigilio di Marebbe, in Via Katharina Lanz, n°. 96, and offers numerous activities for both adults and children.

The origin of the DOLOMITES dates back 250 million years: they were born as a coral reef and now reach towards the sky like white towers of rock. The “pale mountains” were also named thus by the famous architect Le Corbusier as the most beautiful and magnificent “work of construction” in the world. Judge this unique beauty for yourselves in the VIDEO: THE MAJESTY OF THE DOLOMITES

This unique geological and geomorphological legacy, which took its name from the French geologist Deodat de Dolomieu, was recognised in in 2009 by UNESCO as a World Heritage Site to be protected and conserved, for its exceptional intrinsic value.

Nowadays, the Dolomites are recognised internationally as one of the richest and most fascinating mountain landscapes in the world. www.dolomitiunesco.info

The FANES-SENES-BRAIES natural park, on the outskirts of San Viglilio di Marebbem is an integral part of the natural heritage of the Dolomites, as well as being a natural habitat for numerous animal and plant species, all just waiting to be discovered.